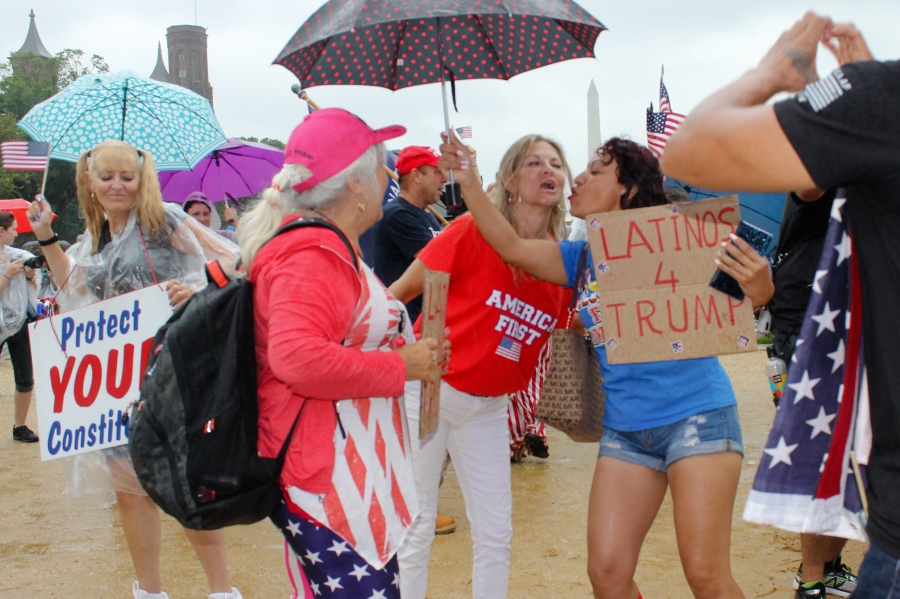 There’s nothing unusual about a rally on the Washington Mall — unless it’s for Donald Trump.

Less than 2 percent of District residents voted for the president in 2016, and one third have marched against him since his inauguration. Thousands of protesters last month drowned out “Unite the Right 2,” where white nationalists hoped to repeat the 2017 chaos in Charlottesville for which President Trump infamously blamed both the left and the right.

Trump’s dismal approval ratings inside The District didn’t stop hundreds of Trump supporters from coming out in the pouring rain on Saturday, though, for The Mother of All Rallies, an event headlined by an eclectic mix of conservative speakers including high-level Trump associates like Roger Stone and Sheriff Joe Arpaio.

In some ways, the rally was standard far-right fare. Speakers expounded on Second Amendment rights, illegal immigration, and the decline of old-school patriotism. Stone decried the Mueller probe as a hoax, ridiculed the Clintons, and led the crowd in a “lock her up” chant. 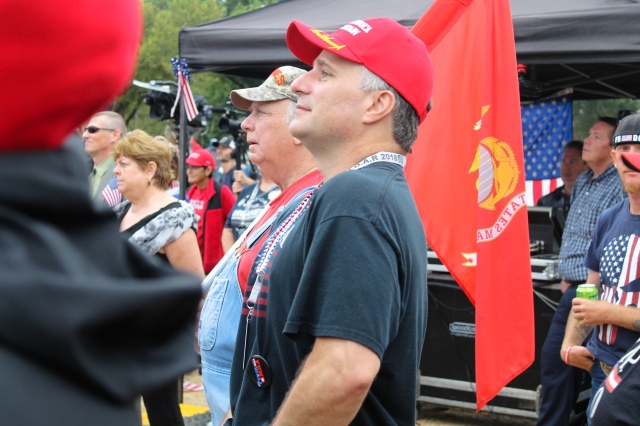 But rally organizers also sought to discredit the notion that support of Trump equals support of white nationalism. Jason Kessler was told not to come to the rally, said organizer Tommy Gunn, and GOP candidate for Virginia Senate Corey Stewart, who has ties to white nationalist groups, was removed from the speaker lineup on Friday.

Several rally-goers said that accusations of the right’s racism and political violence are overblown — and that, in fact, it is conservatives who are most at risk in our current climate.

A biracial man from Baltimore said he supports the president because of Second Amendment rights and the promise to return manufacturing to the U.S. He wore a bulletproof vest to the rally, and asked not to be identified in this story. 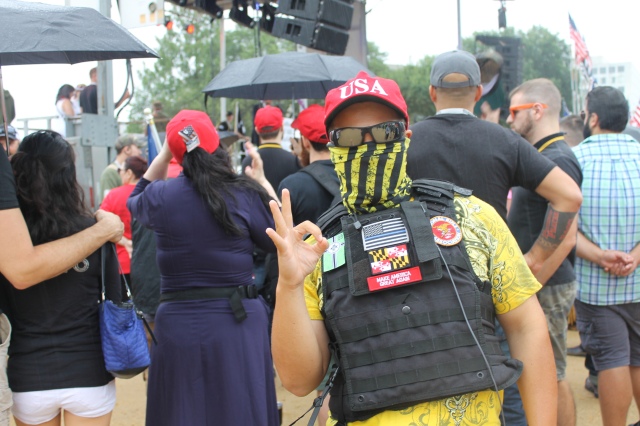 “I went to the 2017 inauguration,” he said, “and I walked out fine. The only people who seemed to attack me were far leftists. Not physically, of course. I wouldn’t let that happen. But verbally.”

“I was told I looked most deplorable of all,” he said proudly.

The rally was attended by The Proud Boys, a group that professes “western chauvinism,” and which the Southern Poverty Law Center lists as a hate group. But Antone Tucker, a black YouTube pundit from New York, said he still felt at home. 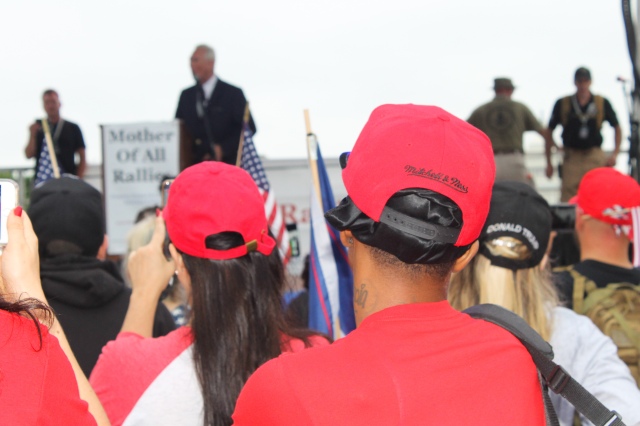 Antone Tucker, of New York, watches Roger Stone’s speech at The Mother of All Rallies

“You should have a pride and a power in your race,” he said. “Your race is strong, and every individual ethnic group in this country is what makes us great, and the simple fact that the left will try to hinder you from having that ability to say it and be proud if it, is…just crazy.”

Tucker creates YouTube videos exploring what he says is an international conspiracy of financial and political leaders like the Clintons and George Soros to consolidate power in the hands of global elites.

Leonore Ferris, a 75-year-old Latina and grandmother, traveled from California for the rally. She said she has been to Trump rallies across the west coast, including one in San Francisco where counter-protesters harassed her and threw a brick through her car window. “A lot of Latinos are afraid to come out” she said, “and they support Trump quietly.”

Ferris said she she is undaunted by threats of counter-protester violence and will continue traveling the country in support of the President. “I came here voluntarily, spent my money for my airfare, all with my own money,” she said. “Trump doesn’t give us any money. Those people that come, the Antifa and everything, they’re paid by Soros and Hillary Clinton and all those people. That’s what I believe.”